Halfway through, Arival 360 delivered lots of learnings on how to make stuff just work

With a more technical day, Arival 360 hit its midway point. These sessions focussed on how operators can improve on both digital and distribution, and took a quick look at how some companies have made virtual tours work for them. Sadly, it also saw the disappearance of Douglas Quinby’s floating head — the green screen was replaced with a standard Arival background.

The day’s opening panel saw Quinby, founder and CEO of Arival, question Peter Syme of 1,000 Mile Journeys, Luuc Elzinga of Tiqets, and Ruzwana Bashir of Peek, about the different trends the year has brought — including reztech. Syme is great for a quote: “Rez systems for operators have to be like mobile phones.

“For an operator, a rez system just needs to be part of running your business,” he continued.

“As an operator, you want to be embedded with the rez system of your choice and you really want to make sure you’re getting the best value. The other thing is, these guys are super cheap.”

Of course, the ’rona is one of the trends of 2020. All members of the panel expected a hard winter, but with local bookings pulling up strongly through next year’s season.

Can self-guided and virtual tours work?

We then moved on to self-guided tours and how technology is closing the gap between these and traditional tour guides. Text, audio, video, chatbots and augmented reality could all play a role in bringing these together when combined with GPS, but they have to be used wisely. You don’t want customers to be staring at their screen when they have the Pantheon in front of them.

As well as the production of the content itself, the ecosystem of apps, and their scale, is a difficulty. But it’s possible. The tech is there, and a self-guided tour platform could well work out better for operators than Uber did for taxi firms.

In Virtual Reality (or the Reality of Virtual Tours), Scott Wiener, the owner of Scott’s Pizza Tours, and Avital Ungar, the owner of Avital Food Tours, examined how they had worked with virtual through the pandemic.

Food tours is an area where it’s naturally easier for virtual to work — operators can send out ingredient packages or full meals from restaurants and talk their customers through it over Zoom. Ungar was more confident about the long-term success of virtual tours such as this, while Wiener saw it more as a stopgap; a way to keep customers engaged while they couldn’t take a tour itself.

For my money, virtual food tours can work because they’re “tactile and magical”, as Ungar said. With something that’s not as touchy-feely, it’s less likely to take off. Self-guided is where I’d go.

SEO is still the killer marketing tool, with operators reporting that it had been the most important to them last year and expect the same for this year. No one has any money to spend, and so this makes sense — ad revenues have plunged. Facebook is only expected to grow its ad sales in the States by 4.9% this year, about $5b less than predicted, and Alphabet, Google’s parent company, contracted for the first time ever earlier this year, albeit briefly. There followed lots of information about how to try and get Google to show what you want — for free — using the plethora of tools that are available for SEO marketing.

For a content strategy to work, you need two things: someone to create it and for people to read it. Kate Cornell of TourismSolved and Christian Watts of Magpie took us through some ways for operators to manage this.

They focussed specifically on product descriptions, highlights, inclusions and exclusions on operators’ products, rather than the more traditional content marketing areas of blogs and social. These need to be adapted to sell to locals, to be kept fresh and to always make sure to answer potential customers’ questions.

Content distribution is an awful tangle for operators. I’m still shocked by just how horrendous it sounds. Alex Grant, the founder and COO of Travel Curious, went through some of the challenges faced, such as how a single operator may easily have 90,000 entries spread across all the different OTAs. Each one displaying the information in different formats, and loaded from different platforms. The upkeep must be awful.

Grant suggested that, when creating new products, operators should be thinking about how these will be distributed in three years time, not now, and carrying out as much research as possible on how OTAs like their information so you don’t end up having to rejig everything. Using a single source of truth for each product, that only one person can edit, is also a useful idea. Make sure that the content on your own site is unique for the SEO boost it’ll give. There’s also products out there, such as Magpie, that are solving this exact problem and making it possible for all your content on all channels to be updated with one click. It’s time to kick off your post-lockdown marketing campaigns

Summer 2020 might not be completely gone. Now is the time to start marketing again 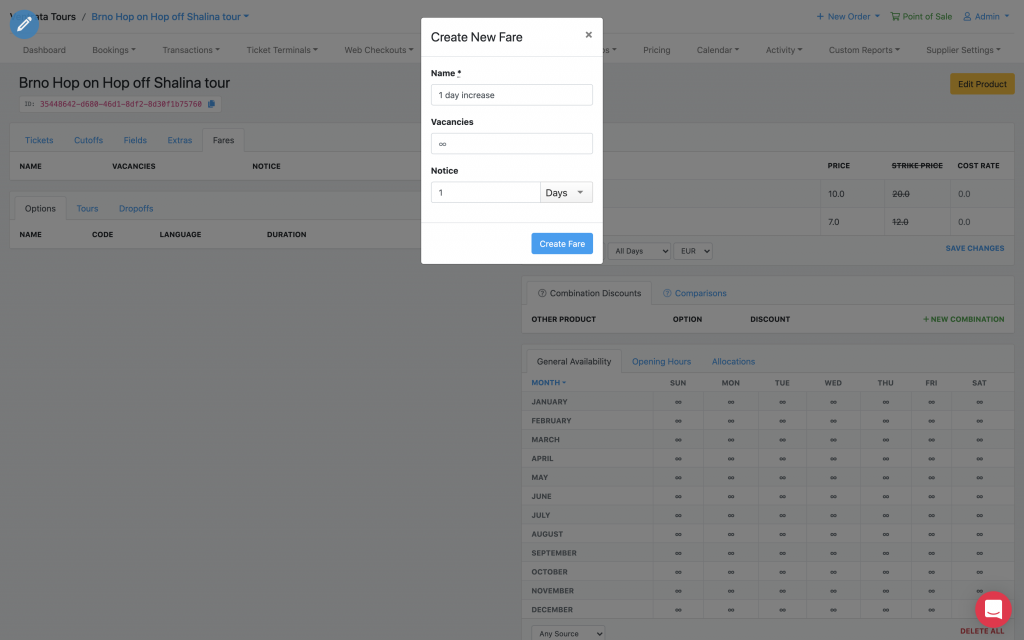 Dynamic pricing solution rolled out to all clients by Ventrata

New dynamic pricing feature allows tours, attractions and experiences pricing to be controlled by time before departure and number of