Despite a bell tolling its death knell for almost half a century, paper has demonstrated a remarkable determination to not go quietly from its prominent role in your tour and attraction operations. What is the secret of its dominance and longevity? Have the final nails really been hammered into its long-predicted coffin? More importantly: what will going paperless mean for your business?

But first, a little history. In the beginning there was the tablet and stylus. (An entirely archaic notion that we’ve obviously consigned to history’s dustbin.) Back in Bronze Age Ancient Near East, reed styluses were used to imprint cuneiform characters onto a wet clay tablet which was then dried in the baking heat. If you objected to a message, no need to delete or reboot: just soak the tablet and watch the message vanish. (No wonder Nixon yearned for the “good old days”.) Conversely, if you wanted to preserve the message for posterity, then you just had to fire it in a kiln – literally setting it in stone.

It was a while before writing actually appeared. Until then, the most highly advanced cultures used pictographs – graphic symbols in pictorial form – and hieroglyphics to convey messages. (If only we had access to such things now…)

Initially reserved for accounting purposes, tablets soon diversified to record business records, myths, fables, essays, hymns, proverbs, laws, recipes and epic poetry. Ancient peoples loved their epics. The earliest (and perhaps most famous) is the story of mighty Gilgamesh: the world’s first and most super superhero. He was so super that the only difference between his tale and the far-fetched antics of recent Marvel blockbusters is that Stan Lee doesn’t appear. (Although … he really was very old…)

As civilisations became more mobile, they were looking for something lighter and more transportable than tablet 2.0. Your upwardly mobile Mesopotamian longed for a word-conveying solution that could be carried without enlisting a cohort of less than thrilled minions. Obviously, the answer clearly lay in either the stretched and treated hides of dead animals (parchment) or reeds harvested from the muddy Egyptian riverbed (papyrus). The snag with dead animals was that back then there were very many more important uses for their hides (some of which were essential to the survival of a civilisation). And papyrus was not so convenient if you didn’t live on the Nile.

Finally, in AD105, a Chinese eunuch in the court of Emperor Ho Ti invented the medium that would change everything: paper. It could be made everywhere, it was light (so very portable), and was easy to write on. And it literally grew on trees.

Paper was soon adopted across the known world. For over a millennium, highly skilled scribes happily exploited a lucrative monopoly on servicing all your written word needs until the arrival of the world’s first real “disruptor”: a German trustafarian entrepreneur named Johann Gutenberg. In 1440, Gutenberg unveiled his printing press which lined up reusable inked blocks and stamped them onto multiple sheets of paper at a time. Word soon spread. Again, literally.

The internet of their time, pamphlets trolled the mighty and spread scandal, fake news and scurrilous rumour. (Thank goodness we have moved on from such uncivilised behaviour.) From the early 1500s, these pictorial-based (and usually political) little publications of a page or two began to circulate widely. They enjoyed an important but infamous history as many of their subjects ended up short of a head.

As the centuries rolled by, pamphlets acquired an even more salacious and nefarious function: advertising. Around the turn of the eighteenth century, the European middle class began flexing some proper economic muscle and a burgeoning working class flocked to urban centres. At the same time, entrepreneurs in the attractions and tours businesses, whose mission lay in bringing entertainment to the upwardly mobile and raucous rabble alike, saw pamphlets as a brilliant way of attracting the masses and putting bums on seats.

As attractions grew in number, sophistication and popularity, they also now required better ways of proving payment and permitting admittance. Ancient Greeks and Roman audiences used small disks of clay about the size of a penny as tickets. Around the early eighteenth century, UK theatre audiences would pay on the door with no guarantee of a seat. (Watching squabbles over seats was often more entertaining than what was going on up on stage, especially when you remember that people in this century still widely carried daggers.) When paper tickets were introduced in the late 1800s, they were a popular, cost-effective (and less bloody) method of proving your right to plant your bustle in stalls seats D15 and D16…

The amount of different paper involved in the tour and attractions businesses was beginning to mount up. Posters were also printed to advertise the delights in store or feature the main stars. Contracts with the leading star acts or suppliers were required to ensure a smooth run. And operators also had accounts and leases to deal with. As transport to attractions and around urban centres became necessary, tickets and contracts and route maps were needed for that too. Printing presses were unceasingly churning out the printed paper goods required by these new leisure companies.

And then came the 1970s. Just when its future was looking brightest and paper seemed unassailable, along came some earth-hugging spoilsport environmentalists bringing an inconvenient truth: the catastrophic damage that industrial scale paper production was doing to the planet. It was a triple whammy: deforestation wrecking vast ecosystems, post-production waste polluting rivers and manufacturing gases poisoning the air we breathe.

Around the same time, and from an entirely different quarter, a terrifyingly space-age new concept was born: an office without paper. In 1960, computers began to be developed with video display terminals so users could read text on screen. Business Week published an article in 1975 predicting that automation would very soon make paper redundant. In 1978, a publicist for Micronet Inc came up with the ground-breaking, zeitgeist-zinging slogan that was absolutely going to launch the seismic shift after which nothing would be the same ever again: “a paperless office”.

So what was humanity’s response to the environmental havoc being wreaked in our atmosphere, our rivers and our forests; and the technological breakthroughs that might ease the ecological burden to the planet, as well as making business more efficient, cost-effective and safer?

But why? Shortly after the Business Week article, in 1976, IBM and Xerox introduced the first commercial laser printers for the office. From then on, printer and photocopier technology meant that it became significantly easier, cheaper and more reliable to reproduce documents in bulk. Ironically, the advent of eComms – designed to reduce the amount of paper used – in fact threw open the paperlogged floodgates: old-school luddites continued to print out their content, preferring reading from dead trees than screens. Furthermore, eTickets and eVouchers could be cheaply printed out at home – which they were in larger, A4 style, format as opposed to the much smaller sized tickets stub given out at venues.

In 2001, scientists Abigail Sellen and Richard Harper wrote The Myth of the Paperless Office, examining why paper continued to dominate our offices and proposing better coordination of the paper and digital worlds.

Almost as soon as their work was printed (more dead trees), the use of office paper in the USA immediately started levelling off and then – amazingly – began decreasing. In fact, between 2000 and 2009, American consumption of paper fell by 20%. This was being driven by a generational shift: young folk were much less inclined to print out documents, preferring to read them on a full-colour interactive display screen. Above all, paper’s decline coincided with a sparkly new era: the holy trinity of the smartphone, the all-conquering internet and the ominous sounding “cloud”.

IBM launched the world’s first smartphone in 1994: the Simon Personal Communicator (imaginatively, “SPC” for short). Then, in 2001, smartphones connected with a 3G network. Paper’s death knell was suddenly ringing louder than it had done since 1974. Finally, in 2007, a glowing but polarising man in a dull polo neck sweater took to a Macworld stage to unveil … the iPhone. Sleek and as super-shiny as the very first flames which had mesmerised early man, this tiny device harnessed the full might of the internet. The game had changed.

21 iPhone generations – and enormous strides forward in digitisation technology – later, new commentators began declaring that the paper-filled office really is in its death throes this time. Tickets, maps, receipts, contracts, schedules, correspondence and interactive visitor and customer apps can all be accessed from your smart phone. New generations of office scanners were converting reams of documents to digital files which could be retrieved more easily and stored more compactly and more securely in a cloud. By 2013, Adobe ran a survey that found that 87% of respondents had a digital office and 59% would like to be more so. More compelling: in 2011 alone Smartphone use at work jumped from 37% – 60%.

And yet… Despite all these advances, in (yet another) article in 2017 examining the “overdue” arrival of the paperless office, E&T Magazine wrote, “The reality, it seems, is that paper remains a seemingly immovable part of most business operations.” Paper was not giving up without a fight.

On 31 December 2019, the World Health Organization (WHO) was informed of a cluster of cases of pneumonia of unknown cause detected in Wuhan City, Hubei Province, China. In the following 12 months, as Covid-19 ravaged the globe, paper was considered a potential conduit for transmitting the deadly virus. Almost overnight, the entire world switched to working digitally. Office workers now forced to work from home relied upon cloud-based tech for document exchange and management, and cash was jettisoned in favour of electronic payments. Once tour and attractions businesses were able to reopen for business, social distancing regulations and customer trepidation encouraged many to convert to mobile ticketing as well as using apps and social media to engage and inform visitors.

Our devotion with paper has not completely run its course. Smartphone manufacturers are constantly striving towards a look and feel that resembles paper (for those nostalgic for it). Books have held their own against the electronic reader.

But the past year has demonstrated palpably that business doesn’t need paper as much as we thought we did. Now, if you need to read your digital files, just reach for your … tablet. If you need to write on the tablet, use your … stylus. And what was the most important communication tool in 2019, 2020 and so far in 2021? Emojis: graphic symbols conveying messages in pictorial form.

The time to embrace paperless is now. The lockdowns necessitated by the Covid-19 pandemic provided us all with a unique opportunity to rethink how we do business. Find out how running your tours or attractions paperlessly will boost your business: [check out our latest eBook.]

If you are planning to switch to paperless working, make sure you are using platforms which will allow you to digitise. If you are struggling – or you are finding that you are stuck with paper – then clearly your technology isn’t up to scratch! Come and talk to us. We’d love to discuss with you how our ticketing platform solutions will help you boost your business. Contact us now for a demo or just an initial chat to see how we can help.

If you’d like to find out more about paperless solutions, there is lots of useful information at the Environmental Defense Fund (www.edf.org). And you can calculate your paper usage with this handy tool: www.papercalculator.org. Seven effective strategies to get your employees to embrace new tech 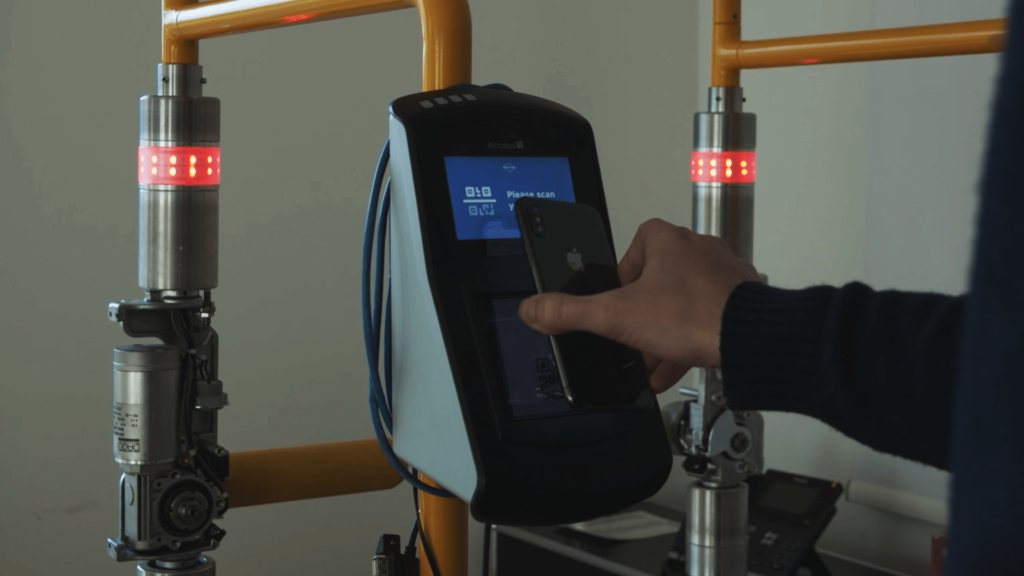